The look of websites is greatly influenced by the use of individual fonts.
There are numerous fonts that are provided by their respective authors for free use.

Google Fonts offers a collection of now over 1,000 fonts for use on your websites, and provides them in various web-optimized formats. Read more about Google Fonts.

Web Font Loader allows you to easily download the fonts from the Google servers in modern web-friendly formats for local hosting on your own website. This avoids possible privacy issues with EU GDPR.

Read how to integrate fonts into your website and the Font FAQ.

The fonts offered here are subject to the copyright and license terms of the respective authors.

END_OF_DOCUMENT_TOKEN_TO_BE_REPLACED

Why Another Web Font Loader?

Maybe you know the genius google-webfonts-helper by Mario Ranftl.
I used this service happily since several years for many web projects, static sites, web-apps and WordPress.
And I am so thankful this was offered and so easy to use.

However, not so long ago I noticed that my "A" is crippled. Sounds funny. Looks ugly.

After a bit of fiddling around I found out something interesting: The "crippled A" only appears in my Safari, not in Chrome or Firefox on my Mac.
I also found out that an older version of that font I downloaded three years ago using the same service did not show the "crippled A". 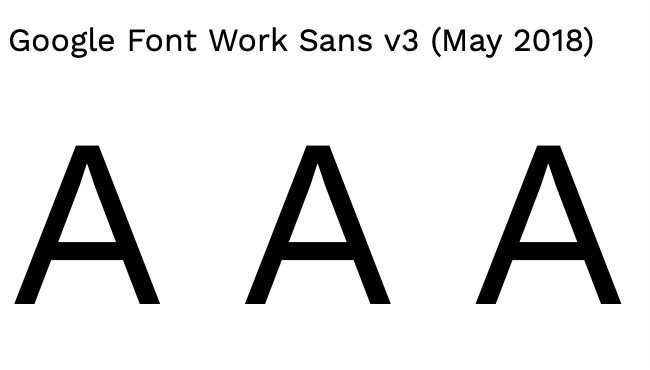 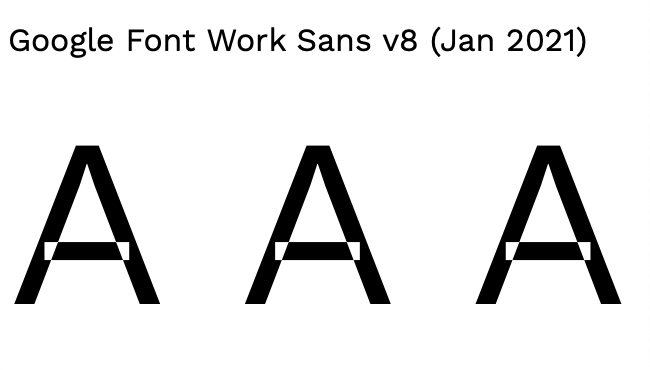 After a bit of research I found out that Google started to overhaul and modernize its Google Font service:
They introduced Unicode Ranges late 2018 and Variable Fonts late 2020.
And since support by browsers for both of those features was not that wide spread at that time Google Fonts service now checks the User-Agent string of the browser to serve CSS code and font files that match the browser's capabilities. They also introduced a new API for downloading web fonts.

According to the latest code in the GitHub repository (specific config file dated March 2017), google-webfonts-helper identifies itself being a Firefox version 39, when downloading WOFF2 files:
woff2: 'Mozilla/5.0 (Windows NT 6.3; rv:39.0) Gecko/20100101 Firefox/39.0'
Google Fonts probably knows that Firefox 39 did not support e.g. variable fonts and delivers old-fashioned CSS and font files without unicode range support. Those work great on all platforms and browsers I tested – except for Safari on Mac. See discussion on GitHub.

There's another service to download Google web fonts: Google Webfont Downloader.
However, this service requires collecting fonts on Google Fonts, catching the resulting CSS code, and then pasting that CSS code to their form, to download WOFF2 files only. I found that to be over-complicated and also too limited delivering only WOFF2.

That's why I decided to create my own Web Font Loader that supports modern browsers and their features and loads the font formats I need to successfully create my projects.